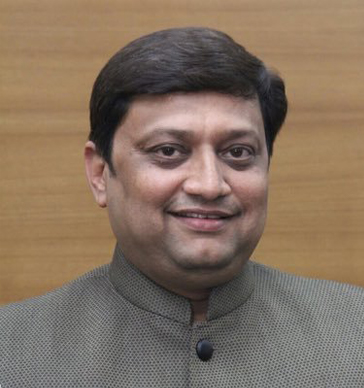 Prof. (Dr.) Himanshu Pandya, is appointed as 17th Vice Chancellor of Gujarat University. Born on 8th November 1971, he started his academic carrier in 1995 as a Lecturer. As a scientist, he is working on developmental methods for utilization of novel techniques in plant sciences, bioinformatics, forensic biology and climate change impacts management. He has always strived to ensure that research conducted and guided by him is aimed to address fundamental needs of the society as well as inter-disciplinary initiatives since last 23 years.

During his long career as an academician, Prof. Pandya has coordinated more than 310 academic programmes and more than 180 publications of national and international repute. He has 16 major projects from DST, DBT, UGC, MoES, SAC-ISRO, MoEF, GoG, GoI, etc. to his credit and 5 academic foreign visits to USA, Canada, Italy, Switzerland and UK. He has also guided more than 120 students for their masters and research degree. A Gujarat University alumnus Prof. Pandya has worked as chairman, dean, registrar, director, coordinator, head, member and third party evaluator for many executive and statutory bodies of nationally and internationally acclaimed academia.